According to the manufacturer, The ACV Secret cream is intended to diminish the common signs of aging and improve skin health. It is claimed to contain ACV as its active ingredient alongside others like lemon peel, chamomile, hyaluronic acid, vanilla, and castor oil. 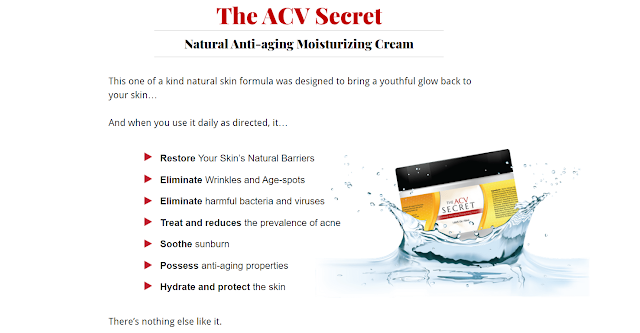 The product is sold on the official website and through third-party retailers and so far, The ACV Secret Cream Reviews have been mixed, and there have also been no third-party clinical trials validating its claims. In this review, we will cover all the buyers should know about the product, including the ingredients, science behind the product, refunds, and pricing.

How Does The ACV Secret Cream Work?

The cream is intended to diminish the common signs of aging, target acne, and deeply moisturize the skin. The brand claims that the product helps detoxify, restore, and protect aging skin to significantly counter the signs of aging.

Its ingredients like hyaluronic acid are said to be added to help trap and improve skin moisture levels, ACV for its bacterial-fighting and skin-renewing effects, vanilla, chamomile, castor oil, thyme, and lemon peel for the smooth and youthful glow they are thought to offer.

They also claim that the product’s ingredients may provide sunburn relief, even as they improve the skin’s radiance and beauty. However, despite the brand’s claims, there is no proof that the combination works in the absence of third-party clinical trials.

Who Is The Manufacturer Of The ACV Secret Cream?

The ACV Secret Cream is a product by UpWellness, a supplement, and cosmetics brand. The brand led by naturopathic doctors Joshua and Amanda Levitt makes a range of supplements and skincare products sold on their online stores and through third-party retailers.

On the brand’s website, they list several key ingredients, which they claim are included in their formulations for the many benefits they offer. The products are claimed to be made following the required manufacturing guidelines for hygiene and potency. They also state that their products are made free of potentially damaging ingredients.

While the products are sold for around the same range as many of their competitors, we found no proof of third-party testing or trials on them.

What Are The Ingredients In The ACV Secret Cream?

Here is a list of the key ingredients in this ACV cream as stated on the brand’s website and third-party retail stores:

Apple Cider Vinegar – The important part of this formulation, apple cider vinegar, is often used for the anti-parasitic, anti-inflammatory, anti-fungal, and anti-aging qualities it is believed to hold. While the first three have been studied and proven in some studies, more studies are still required on the cream’s effect on aging and aging signs with topical use.

Lemon Peel – Lemon Peel is another ingredient in this formulation. While it is known to hold antibacterial qualities hence may help prevent acne breakouts and smoothen the skin, it is also included for its aroma.

Hyaluronic Acid – Another common ingredient in anti-aging formulas, hyaluronic acid is added for its ability to attract moisture from the environment and boost the skin’s hydration. And this, in turn, may help prevent or reduce wrinkle formation and improve skin suppleness and health.

Chamomile – Chamomile is said to be included here for its ability to boost skin glow and increase its natural moisture. While chamomile has been shown to hold skin-improving qualities and indeed health-boosting effects, its exact effects on aging signs like wrinkles and fine lines may still require further studies. 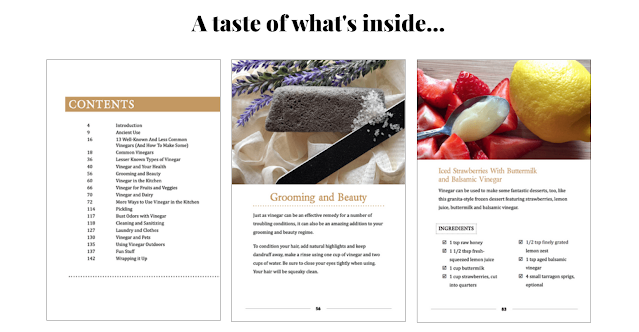 Other ingredients in the formula include vanilla or the antioxidant and fragrance, castor oil to hydrate and lock in moisture, xanthan gum, and potassium sorbate.

The Science Behind The ACV Secret Cream

The ACV Secret is an anti-aging formula designed to help moisturize aging skin and restore skin radiance and health. The product is said to contain ACV, hyaluronic acid, chamomile, lemon peel, and others thought to stimulate collagen and elastin production, diminish the appearance of common aging signs such as wrinkles and fine lines, and improve skin suppleness, texture, and health.

It is claimed to work without causing any of the adverse effects that may occur with some anti-aging products. The cream is also said to be designed to restore the skin’s natural barrier and balance its natural pH for healthier skin that is better able to absorb vitamin D and appear younger and healthier in just days of use.

However, while ingredients like ACV have been linked with many benefits used orally or topically, there are no third-party trials on the product. Also, ACV has been connected with several side effects due to its component acetic acid.

What Are The Benefits Of The ACV Secret Cream?

– It may improve the skin barrier against environmental damage.

– The cream may help diminish the appearance of wrinkles and fine lines.

– It could help eliminate harmful bacteria that may otherwise have caused acne.

– The product may soothe irritated and sunburned skin.

What Are The Drawbacks Of The ACV Secret Cream?

– Some ingredients may cause side effects to users.

– There is no third-party testing or trials on the cream.

– No free trials are offered by the brand.

– Some testimonials claimed that they don’t like the smell and price. 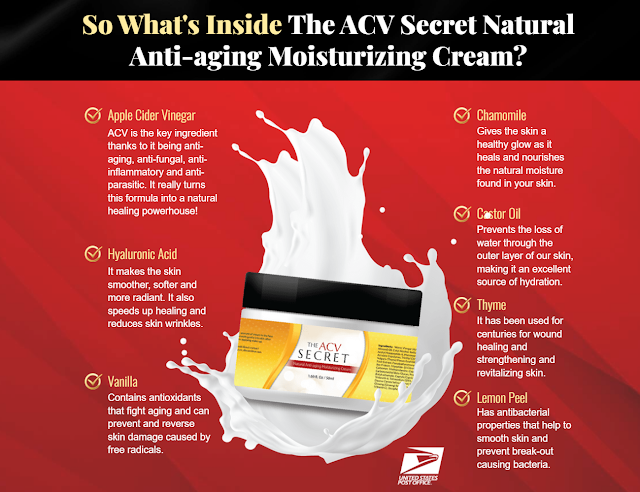 In our research for this report, we found that consumers are frequently asking the following questions online in regard to The ACV Secret Cream.

The ACV Secret Cream contains natural ingredients. However, this does not make it entirely safe. The cream has been reported to cause even more drying of the skin and irritation, which the brand claimed it would help with.

Also, it may not be safely used by people 18 and younger and those sensitive to the ingredients. The product may not be used on broken/unhealed and by those on similar formulas unless otherwise advised by a skincare professional.

How Much Does The ACV Secret Cream Cost?

It is sold for around the same range as many similar formulas though pricing may vary slightly among sellers. Some stores may also offer discounts and free shipping on large orders.

How Should You Apply The ACV Secret Cream?

The product should be applied to the specific areas twice daily, morning and evening, or as recommended by a skin care professional.

Does The ACV Secret Cream Provide A Free Trial Or Refund Policy?

The brand does not offer free trials or samples of the product. While they state that they offer a money-back guarantee, they do not mention if they accept used or partially used products.

How Does The ACV Secret Cream Compare To Other Anti-Aging Products?

While it contains ACV not often used in anti-aging formulas, it has commonly used ones such as the hyaluronic acid and plant extracts, and also within the price range of many formulas.

What Are The Side Effects Of The ACV Secret Cream?

Some side effects that may be experienced include itchiness, dryness, and peeling.

Is The ACV Secret Cream Worth It?

The ACV Secret Cream is formulated with some known ingredients, including HA and ACV, and is moderately priced. However, some of the ingredients like the ACV have been linked to side effects.

What Are Consumers Saying About The ACV Secret Cream? 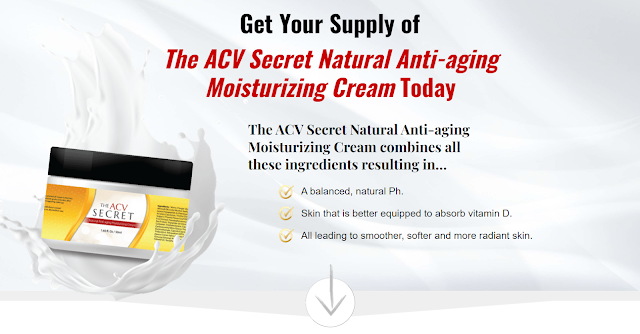 As we age the composition, texture and appearance of our skin changes. Signs of skin aging include wrinkles, fine lines, loss of moisture, uneven tone, and dull, tired-looking skin. There are countless anti-wrinkle creams on the market promising to make skin look and feel younger. Many anti-wrinkle creams promise everything short of a facelift or to provide the much sought after “fountain of youth”. In reality most are just moisturizers marketed as anti-aging products.

Below you’ll find some of the most effective wrinkle serum/cream formulations on the market today, in our opinion.

Here’s how pricing breaks down:

Anti-aging skin creams sell for anywhere from $10 to $500. Susan claims she could sell The ACV Secret for much higher because it’s “easily worth $150 a jar.” However, she claims to deliberately keep the price low “to put my mission before profit.”

You can also save an additional 10% by signing up for The ACV Secret’s autoship program. You receive a new order of The ACV Secret every month until you cancel. 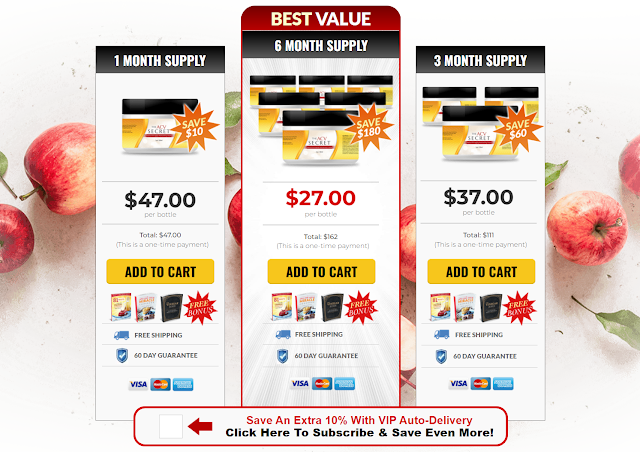 The ACV Secret Cream is an anti-aging ACV formula from UpWellness that is designed to improve the appearance of aging skin, soothe and provide relief from sunburn. The cream is also said to hold antibacterial qualities essential for preventing or diminishing acne and other skin conditions caused by harmful bacteria.

Furthermore, The ACV Secret Cream Reviews have been mixed with much negative feedback despite the claims about the product’s benefits. We encourage buyers to consider these reviews alongside the unavailability of clinical trials, the possible side effects like itchiness, dryness and peeling.

So, if you notice uncomfortable symptoms, stop using this cream directly. Consider going to a dermatologist before using a new skin product to guarantee that it’s appropriate for you.

*Result may vary. The information contained in this website is provided for general informational purpose. No medical claims are implied in this content, and the information herein is not intended to be used for self diagnosis or self treatment of any condition.

maya justinHealthJuly 4, 2022
Keto FBX It has been not difficult to dispose of the overabundance of muscle versus fat. Who would rather not get …
END_OF_DOCUMENT_TOKEN_TO_BE_REPLACED

darshika sinhaHealthJuly 25, 2022
Global Facial Rejuvenation market is anticipated to reach a value of over USD 5.2 billion by 2027 and register a …
END_OF_DOCUMENT_TOKEN_TO_BE_REPLACED

Gaia’s Protocol Review- Does it works

maya justinHealthSeptember 2, 2022
Oxygen has the added advantage of being a light gas. When you are in an oxygen deficient environment (rooms with low oxygen levels), it becomes really difficult for …
END_OF_DOCUMENT_TOKEN_TO_BE_REPLACED